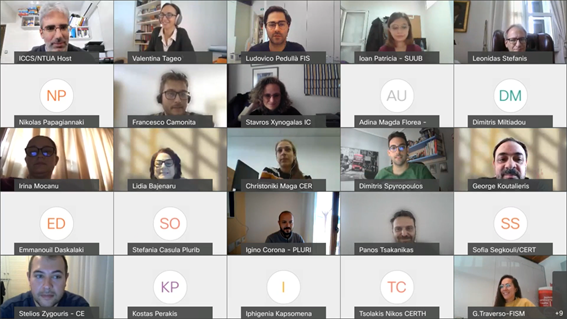 As Autumn rolls in, the ALAMEDA partners have organised a new plenary meeting session to discuss the state of advancement of the various Work Packages and the associated activities.

A peak of 50 participants has brought together researchers and managers from all partner institutions who have commented on the several advancements of the projects, the technical challenges so far encountered and the next strategies to be followed (i.e. in the field of patient engagement or in dissemination and exploitation matters relative to boosting communication and uptake of ALAMEDA innovations).

ALAMEDA has currently reached Month 10 out of 36, with its scientists and developers actively involved in shaping the theory and application of ALAMEDA technology. At the same time, the medical partners are preparing the field for the future development of pilot trials into the groups of patients affected by the three diseases foreseen in the study (Stroke, PD, MS).

In the next few months, we expect to keep increasing the number of deliverables associated to the project and to start disseminating initial visual evidence of the tangible outputs produced by ALAMEDA (i.e. images of the wearables and the mobile APP; first meetings with patients and caregivers).

We will keep striving in order to overcome barriers in the fight against brain disorders! 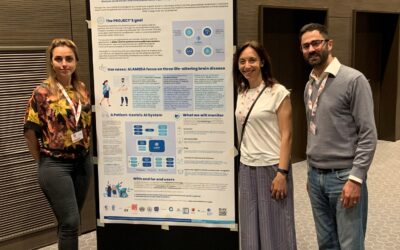 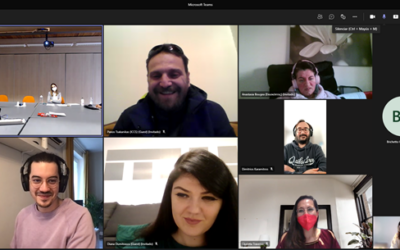 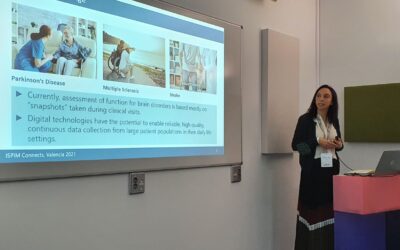 We use cookies on our website to give you the most relevant experience by remembering your preferences and repeat visits Read More. By clicking “Accept”, you consent to the use of ALL the cookies.
Cookie settingsACCEPT
Manage consent

This website uses cookies to improve your experience while you navigate through the website. Out of these, the cookies that are categorized as necessary are stored on your browser as they are essential for the working of basic functionalities of the website. We also use third-party cookies that help us analyze and understand how you use this website. These cookies will be stored in your browser only with your consent. You also have the option to opt-out of these cookies. But opting out of some of these cookies may affect your browsing experience.
Necessary Always Enabled
Necessary cookies are absolutely essential for the website to function properly. These cookies ensure basic functionalities and security features of the website, anonymously.
Functional
Functional cookies help to perform certain functionalities like sharing the content of the website on social media platforms, collect feedbacks, and other third-party features.
Performance
Performance cookies are used to understand and analyze the key performance indexes of the website which helps in delivering a better user experience for the visitors.
Analytics
Analytical cookies are used to understand how visitors interact with the website. These cookies help provide information on metrics the number of visitors, bounce rate, traffic source, etc.
Advertisement
Advertisement cookies are used to provide visitors with relevant ads and marketing campaigns. These cookies track visitors across websites and collect information to provide customized ads.
Others
Other uncategorized cookies are those that are being analyzed and have not been classified into a category as yet.
SAVE & ACCEPT